Drilling permits have now been received and follow-up drilling is due to commence this week. The program is expected to total approximately 3000 meters and will be comprised of a combination of infill holes to close-up the 100m spaced drill holes from the 2014 program, step out holes along and across strike of the previous drilling and exploratory holes on newly identified and previously undrilled targets along and adjacent to the 10km long gold mineralized ridge.

“We have learned a lot from our recent field work at Gömeç and hope that this new knowledge will translate into some promising subsurface results” said Tim Coughlin, Royal Road Mineral’s President and CEO “Results from the IP coupled with what we are hoping to find in crystalline basement rocks underlying the mineralized volcanic sequence have added some particular excitement to this program. We expect the drill rig to commence work later this week” 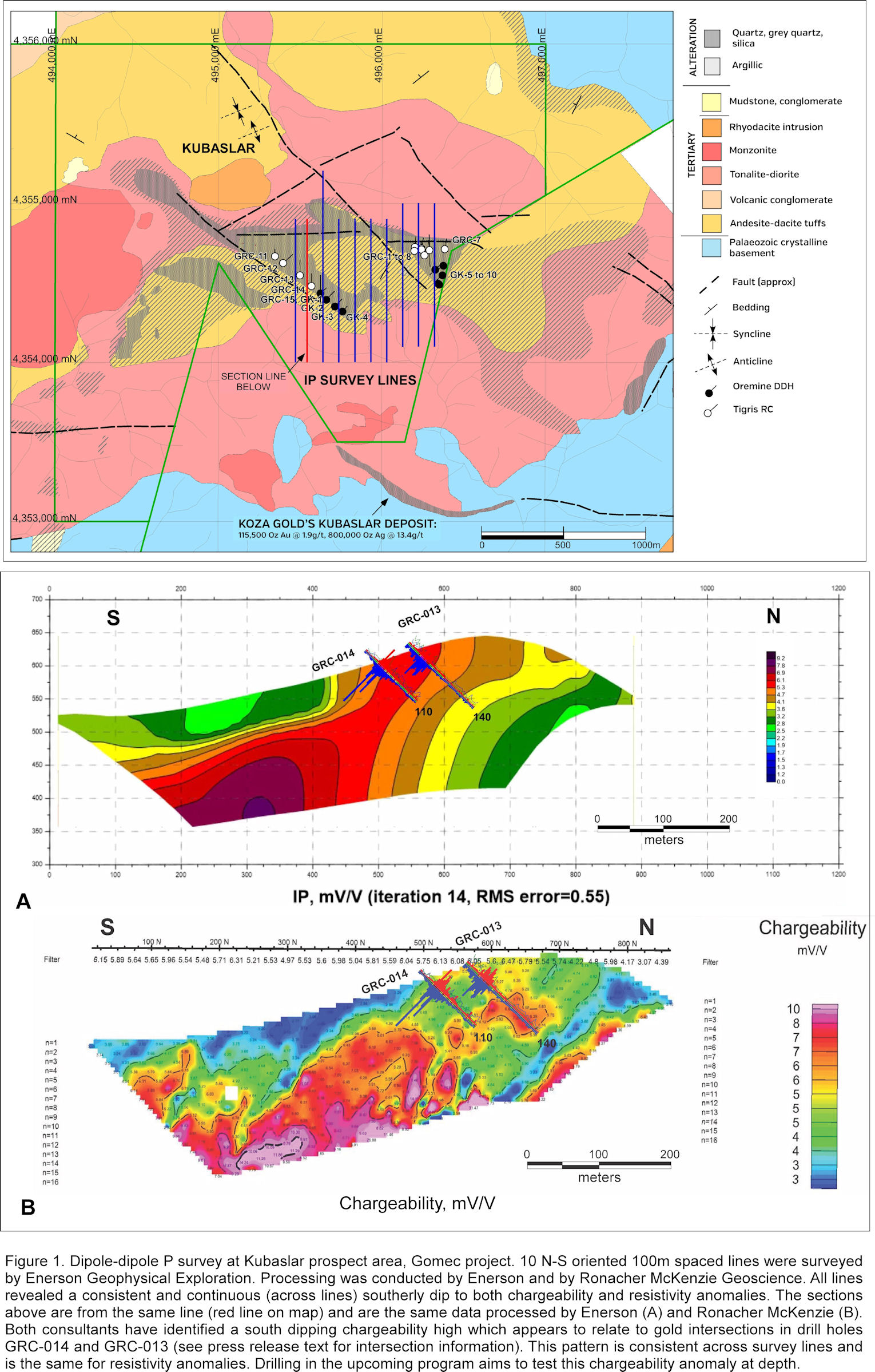